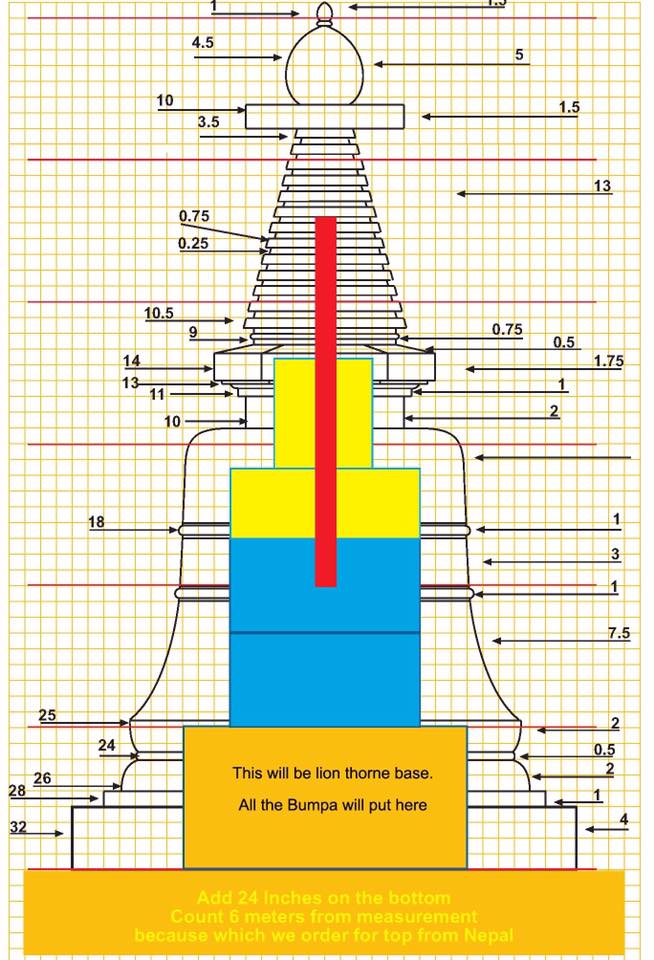 From a Buddhist perspective, a place is blessed and serves spiritual purposes when the following three are present:

Currently, a stupa is being built in the garden of the Centre for Peace and Understanding – Bodhicharya Germany e.V in Berlin. The monument, six-meter-high and freestanding, blends in its traditional form harmoniously with the surrounding historic buildings inventory of the garden area. The sacred building gradually assumes the historic form under the guidance of Choje Lama Phuntshok and Khenpo Karma Namgyal, two experts from the Institut  Karma Lekshey Ling/Kathmandu who have overseen the construction of stupas all around the world.

His Holiness the 17th Karmapa Ogyen Trinley Dorje recommended the construction of a Kadam Stupa for this project. He laid the foundation stone during his first visit to Berlin in 2014. In our present time, the choice of a Kadam Stupa is very symbolic, as the teachings of Lord Buddha have become more and more appealing in the West. The form of the Kadam Stupa corresponds to the stupa on top of the Mahabodhi temple in Bodhgaya, India. This was the place of enlightenment of Buddha Shakyamuni under the Bodhi tree. The name Kadam dates back to the 11th century when the great Indian teacher, Atisha Dipamkara, spread Buddha’s teachings in Tibet and had this type of stupa built in many places there. His students formed one of the first Buddhist Schools in Tibet, named Kadam (bka’ gdams – guidance by Buddha’s speech) and hence, this type of stupa was given the name Kadam. The Kadam Stupa in Berlin is based on Atisha’s original construction plan. 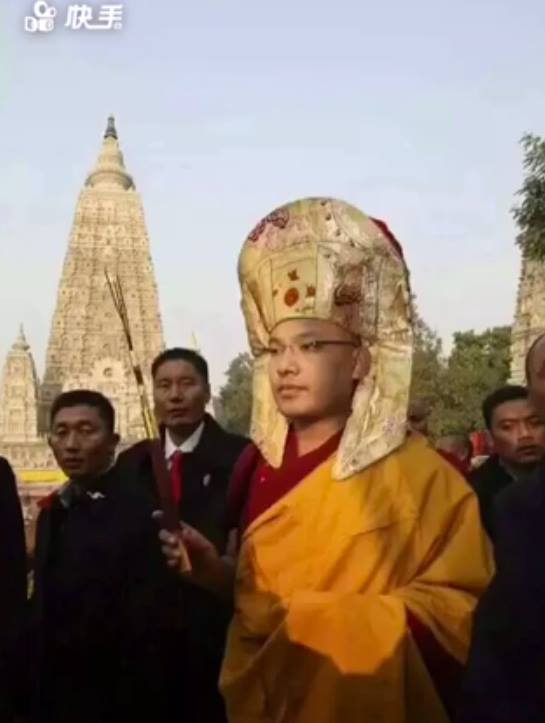 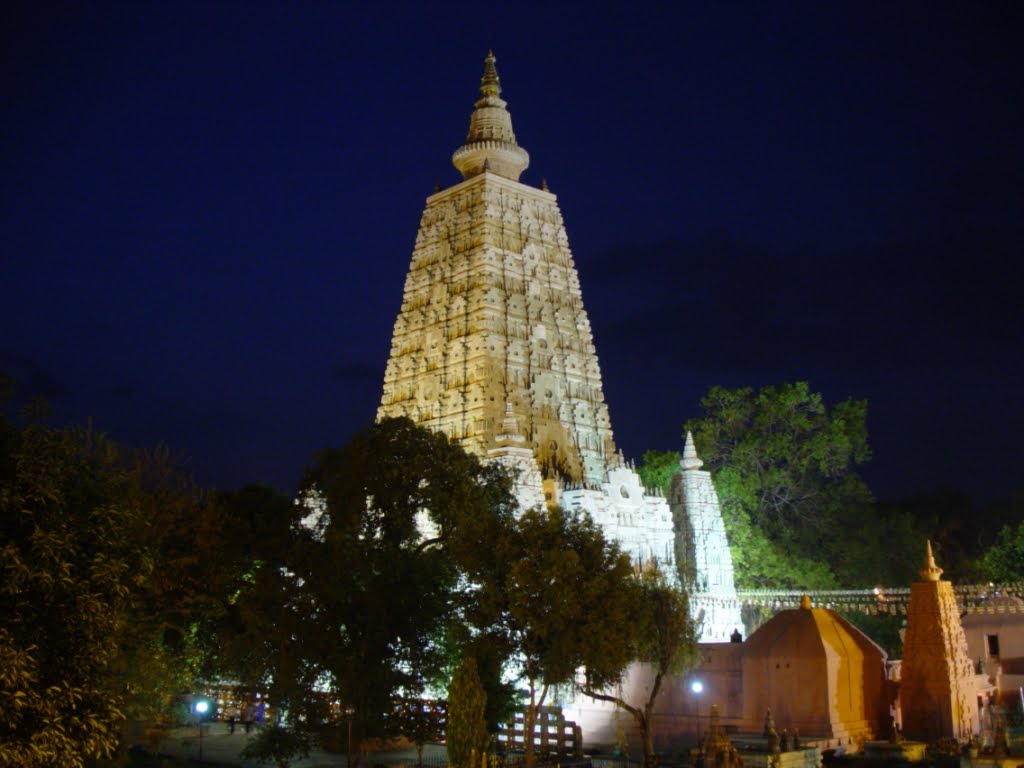 The currently build stupa is to serve visitors of all cultures and religious faith for contemplation and meditation. It is usually circumambulated clockwise, silently and mindful. The profound symbolism of the stupa helps to understand the teachings of the Buddha. A stupa is build in such a way that it may benefit countless beings throughout time and space. 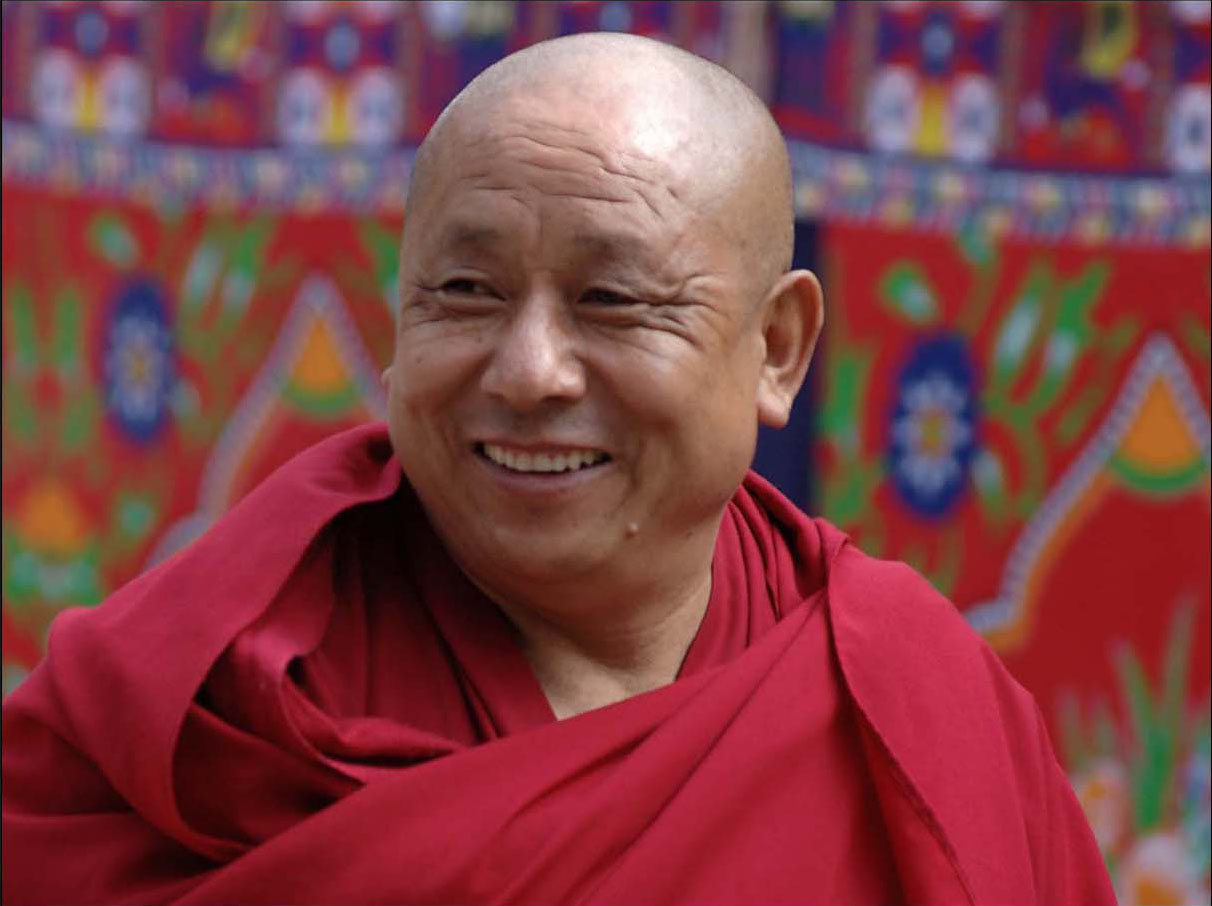 It has taken 10 years of countless hours of voluntary work from the first idea to the final implementation of this project. In 2016, the structure for the inner chambers was completed, filled and consecrated under the guidance of the stupa-experts. During 2017, a circular wall of bricks were build and a wooden stage constructed, serving as the base for the complicated rendering of the bell-like anda. In the spring 2018, the prefabricated parts will be piled onto the base, like the harmika, 13 rings, the magnificent umbrella and the copper top. Once completed, a rab-nä, a great celebration and initiation will take place.

To bring about the benefits of other beings creates great spiritual energy. Accordingly, since thousands of years, this beneficial effect has been proclaimed to all humans near and far, who are able to contribute in any way in it`s construction.

May all beings enjoy this benefit! 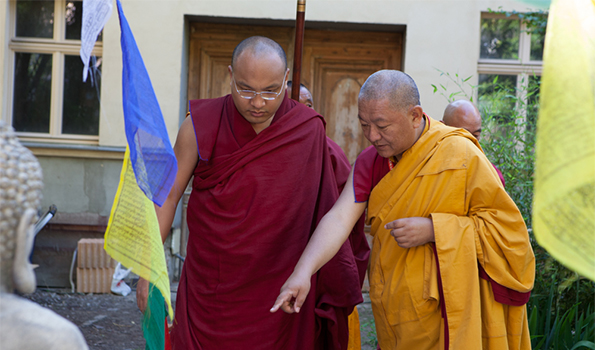 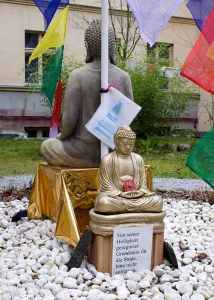 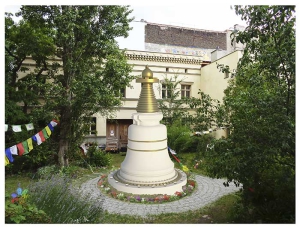