“Awaken the Heart by Opening the Mind” 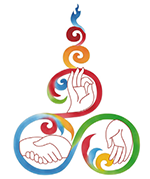 Bodhicharya International, Bodhicharya Deutschland e.V. (Germany) and the Bodhicharya Center in Berlin are under the spiritual guidance of His Holiness Gyalwa Karmapa and Ven. Ringu Tulku Rinpoche.

„Karmapa“ is the title of the main lineage holder of the Karma Kagyu school of Tibetan Buddhism. Since the 17th Karmapa, Ogyen Trinley Dorje, enthroned in Tibet in 1992, came to India in the year 2000. As head of one of the great schools of Tibetan Buddhism, the Karmapa plays a leading role for the preservation of the Tibetan buddhism and culture. His appeal to create a future which is marked by compassion more strongly than ever is directed to the global society of the 21st century and has been inspiring millions of people throughout the world to engage in social and environmental projects.

Ringu Tulku Rinpoche was born in Eastern Tibet in 1952 and recognized as a reincarnated master. He had to flee into exile in India while still a child. There he was trained by teachers of all four Tibetan Buddhist traditions and particularly by his main teachers, the 16th Karmapa Rigpe Dorje and Dilgo Khyentse Rinpoche. He also studied and taught at various universities in India. Rinpoche supports the „Rime“ movement which opposes sectarianism in Tibetan Buddhism. He has been travelling and teaching regularly in the West for more than 20 years. He speaks English fluently, understands western mentality, and has a unique way of making the teachings of the Buddha accessible to the modern mind.

The overall aim of Bodhicharya Deutschland e.V. encompasses study and practice of Buddhist teachings in order to cultivate mental peace and stability, promotion of beneficient and charitable purposes, and fostering intercultural and interreligious dialogue. Bodhicharya Center in the Berlin borough of Friedrichshain strives to be open and friendly, a place for tranquility, meditation, and social encounters, offering a varied program of courses, lectures, and social projects to engage in. All of Bodhicharya’s activities are based on the principles of “Helping, healing, and harmony” and depend on the collective effort of many volunteers. Bodhicharya’s vision is to make Tibetan philosophy and culture accessible to western people and to establish a center for peace and understanding in Berlin. Bodhicharya Deutschland e.V. (Germany) was founded in 2001 and is recognized as a charitable association. Bodhicharya means “enlightened activity”.

The name is intended to encourage people to base their actions on compassion and wisdom. This motivation is symbolized by the emblem of the gestures of three hands united by ornamental lines. It was created by the renowned Tibetan artist Salga. The national and international Bodhicharya organization follows the non-sectarian approach of the tibetan “Rime” movement. 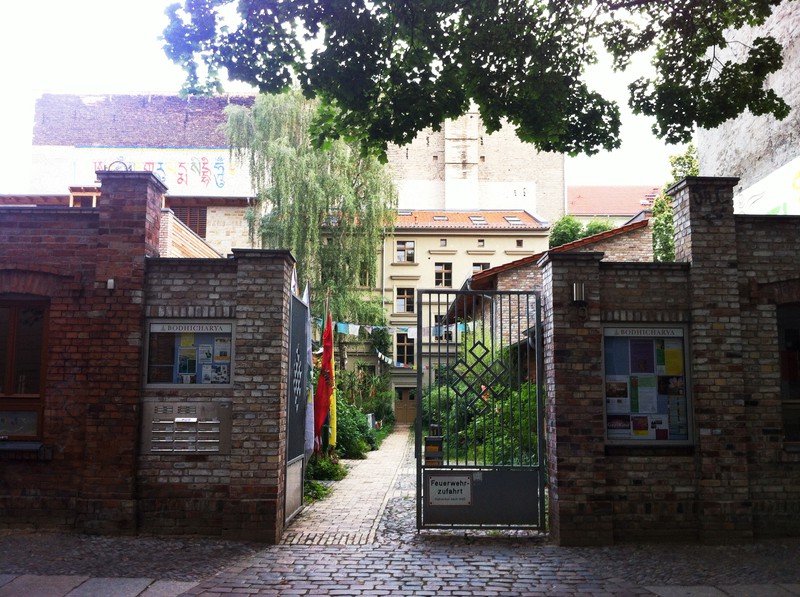 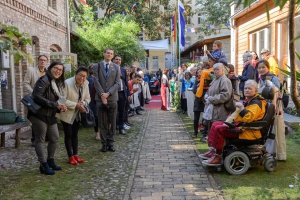